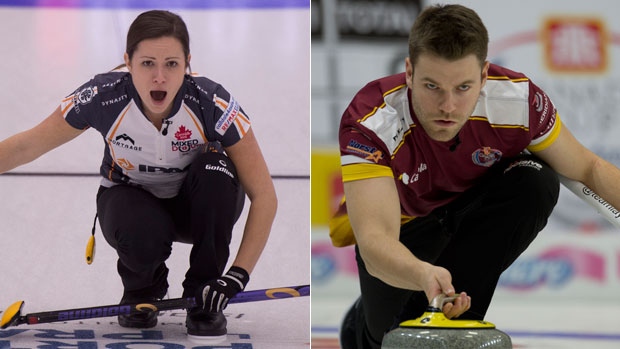 Crocker and Muyres scored two in the eighth and final end for the victory, with Crocker throwing the game-winning shot.

"I'm thinking about everything but what would happen if I made it," said Crocker about getting in the hack to throw her final shot. "So I just tried to really fall back on my process, made sure I took my time and didn't rush anything, and I knew out of my hand I'd be close if I did that."

Muyres had nothing but praise for his partner.

"Laura made a couple of pistols late to keep us in it," said Muyres. "She's a winner.

Crocker and Muyres had played just six games together prior to this competition.

Crocker and Muyres advanced to the world mixed doubles event, which will be held April 21-28 in Ostersund, Sweden.