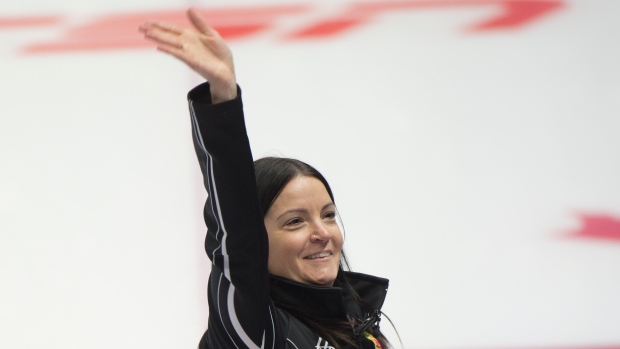 Curling Canada announced a new event for the 2022-23 season on Monday that will feature the best teams in the country competing in a single-knockout bracket tournament.

The event will have 16 men's and 16 women's teams battling it out over five days in a March Madness-style tournament in pursuit of a $350,000 purse.

“The drama and emotion of a single-knockout bracket tournament is well-chronicled in sports such as tennis and the NCAA basketball championships, and we expect our new event to bring that kind of passion and excitement to curling,” said Curling Canada CEO Katherine Henderson.

The new format will give curling fans a chance to see many of the new lineups that were created this off-season at the conclusion of another four-year quadrennial.

The full men's and women's fields will be announced at a later date, but Curling Canada says the top 12 teams for each gender on the World Curling Ranking System will be invited as well as Nova Scotia’s Team Emily Deschenes and Ontario’s Team Landan Rooney, the reigning women's and men's Canadian Junior champions, and Northern Ontario's Team Tracy Larocque and Nova Scotia’s Team Nick Deagle, the most recent winners of the women's and men's Everest Canadian Curling Club Championships. Additionally, the host committee has selected Team Jack Smeltzer and Team Andrea Kelly, both from Fredericton, to compete. Finally, one men's and one women's spot will be given via a sponsor’s exemption.

Fredericton was scheduled to host the 2020 Home Hardware Canada Cup and the 2022 Continental Cup, but both were cancelled due to the COVID-19 pandemic.

Each team will receive $5,000 for travel and accommodation and can earn more with each win.

Curling Canada will host a Celebrity Invitational on the Friday night following the Elite Eight.

Broadcast details will be announced at a later date.