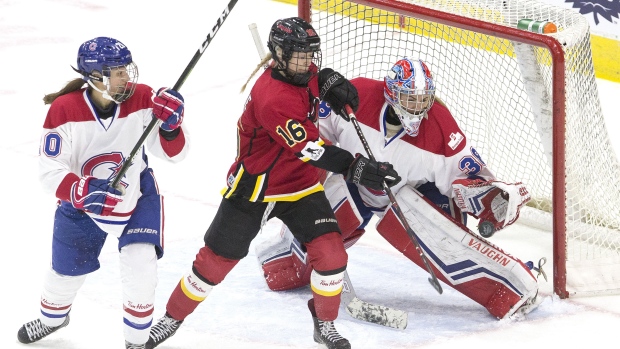 The Canadian Women's Hockey League is no more despite a recent surge in the visibility of the women's game.

A week after the Calgary Inferno won the league championship and hoisted the Clarkson Cup trophy, the CWHL announced Sunday morning in Toronto that the 12-year-old league will discontinue operations May 1.

"Unfortunately, while the on-ice hockey is exceptional, the business model has proven to be economically unsustainable," the league said in a statement.

A record-175,000 fans tuned in to watch the Clarkson Cup finale in Toronto.

The CWHL was founded in 2007, and had six teams this past season in North Americana and China. The league included national-team players from the United States, Canada, Finland, Japan and China.

"This morning we were informed the #CWHL is folding. As players, we will do our best to find a solution so this isn't our last season of hockey but it's hard to remain optimistic. #NoLeague."

The CWHL operates like the MLS in that the league owns the teams.

The addition of a pair of expansion teams in China — since amalgamated into one — was believed to have injected hundreds of thousands of dollars into the CWHL.

But the league lost a major financial backer in November when longtime supporter Graeme Roustan withdrew the sponsorship of his venture capital firm Roustan Capital.

"I have no idea what this means for the future, but this is heartbreaking," Toronto Furies general manager Sami Jo Small said on Twitter.

"We will work hard to ensure there is still women's hockey in Toronto."