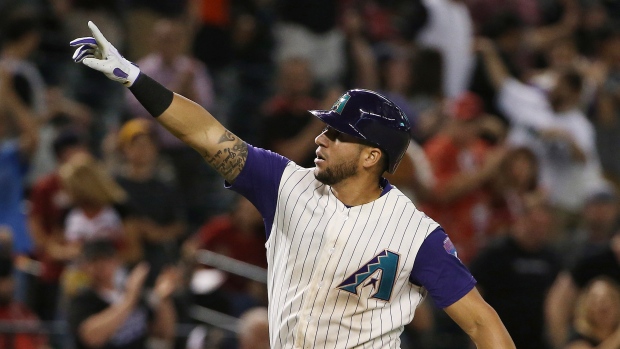 The Diamondbacks also called up first baseman Kevin Cron and outfielder Tim Locastro from Triple-A Reno on Friday. Arizona had an open spot on the 25-man roster after sending pitcher Jimmie Sherfy down to the minors.

Peralta is leading Arizona in batting with a .309 average with seven homers, 16 doubles and 30 RBIs this season. Peralta is the second key hitter placed on the IL this week for the Diamondbacks. Infielder Wilmer Flores was sidelined earlier this week with a broken right foot.

Locastro has played six games this season for Arizona, batting .235 in 17 at-bats.

Arizona will have to make an additional move before Saturday's game against San Francisco to make room for projected starter Taylor Clarke.