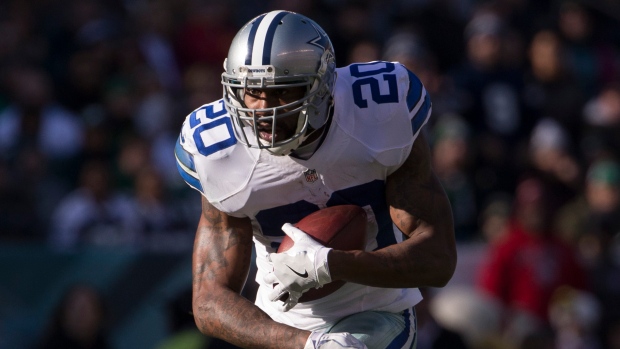 LITTLE ROCK, Ark. — Dallas Cowboys running back Darren McFadden has filed a second lawsuit in Arkansas over the management of his finances.

The former University of Arkansas football standout initially filed a lawsuit in June against Michael Vick, a family friend who served as McFadden's business manager and financial adviser. McFadden alleges Vick misappropriated millions of dollars and mishandled his duties.

The suit alleges the company was negligent and actively concealed Vick's actions as he "manipulated" McFadden at a young age to seize control over his professional income, assets and retirement savings.

Vick has denied all allegations. The first lawsuit is scheduled for trial in April 2018.

The second lawsuit accuses Ameriprise with allowing Vick to persuade McFadden, when he was just 20 years old, "to sign virtually the broadest and most sweeping Arkansas General Durable Power of Attorney contemplated, relinquishing to Vick the unfettered power and ability to control all of McFadden's income and financial transactions."

The suit accuses Vick of converting McFadden's cash and assets for personal use for about eight years. It notes that McFadden only recently learned that, through 2010, the company "was engaged in an internal investigation of its then-employee Vick related to suspicious and unauthorized account activity" regarding his account.

Vick isn't the former NFL player of the same name incarcerated for his involvement in a dog fighting ring.