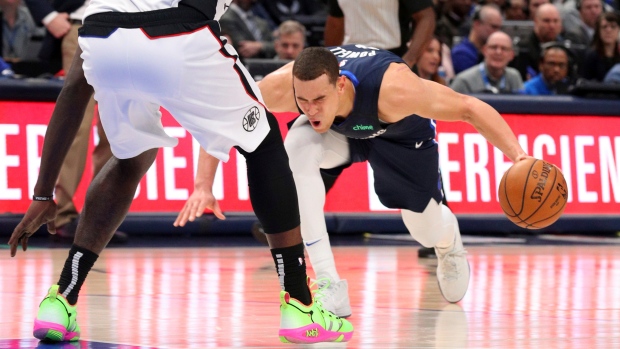 The Dallas Mavericks confirmed on Wednesday that Canadian starting centre Dwight Powell ruptured his right Achilles tendon during the first quarter of Tuesday night's 110-107 loss to the Los Angeles Clippers.

The team says the 28-year-old Toronto native is currently weighing surgical options and will offer an update when available.

Powell is currently weighing his surgical options and updates will be provided as appropriate. pic.twitter.com/uigQ2qsX6c

The recovery tire for a ruptured Achilles is normally in the nine-to-12-month range. It was the same injury incurred by Kevin Durant during last June's NBA Finals that will keep him out of the Brooklyn Nets' lineup for the duration of the season.

The injury almost assuredly ends the chances of Powell playing for Canada in this summer's FIBA Olympic Qualifying Tournament to be played this summer in Victoria, B.C., ahead of the Tokyo Olympics this fall.