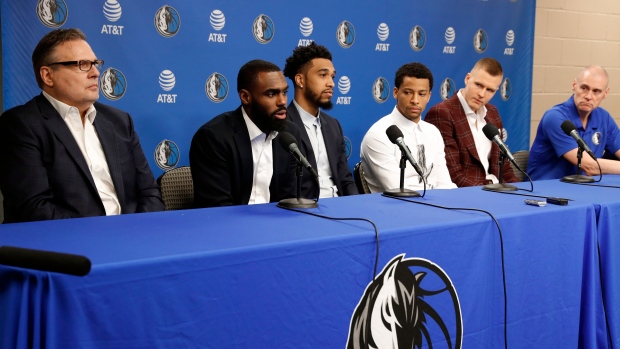 Donnie Nelson's time in Dallas is at its end.

The Athletic's Shams Charania reports the Mavericks have fired their general manager, who had been with the team since 1998.

The move comes only days after a Sam Amick report that franchise player Luka Doncic was reticent to sign a long-term extension with the club over concerns with the makeup of the Mavs' front office and a distrust with assistant general manager Haralabos Voulgaris.

Nelson, son of coaching legend Don Nelson, was responsible for some of the Mavs' greatest success and played a major role in their 2011 NBA Championship victory. Nelson helped arrange the drafting of Dirk Nowitzki and the acquisition of Steve Nash in 1998 and went on to acquire the likes of Jason Kidd, Tyson Chandler, Jason Terry and Shawn Marion.