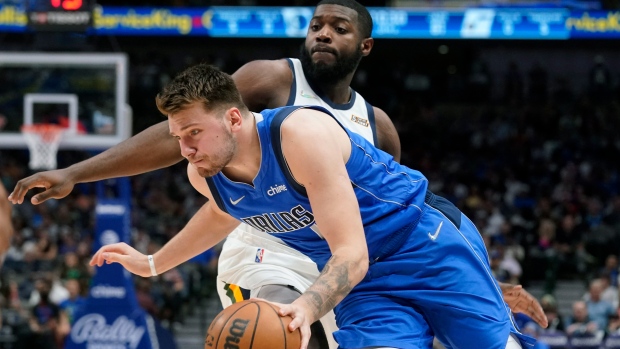 Dallas Mavericks superstar Luka Doncic is expected to miss Saturday's Game 1 of their opening round series against the Utah Jazz with a strained calf, according to Shams Charania of The Athletic.

The latest regarding Doncic: https://t.co/bEFYKs2gmk

Doncic incurred the injury during the team's final regular season contest against the San Antonio Spurs on Sunday, landing awkwardly after going up to reach a pass. He immediately left the game.