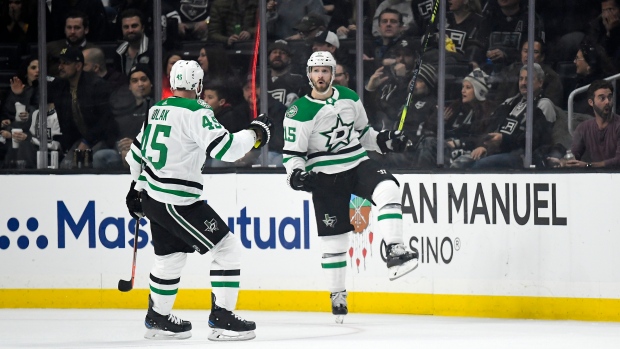 Blake Comeau is staying in the Lone Star State.

The Dallas Stars announced a one-year extension for the veteran winger on Monday.

Comeau, 35, was set to become an unrestricted free agent. He appeared in 51 games for the Stars last season, his third with the team, scoring four goals and adding 10 assists.

"We're excited to be able to bring Blake back for another season," Stars general manager Jim Nill said in a statement. "Blake's approach to the game, coupled with his determination and physical presence on the ice, has been a tremendous asset for us over the past three seasons. His vast experience has allowed him to become a strong leader in the dressing room and we're thrilled he'll be returning next season."

A native of Meadow Lake, Sask., Comeau heads into his 16th NHL season.

Originally taken in the second round of the 2004 NHL Entry Draft by the New York Islanders out of the WHL's Kelowna Rockets, Comeau has played in 903 contests with the Isles, Calgary Flames, Columbus Blue Jackets, Pittsburgh Penguins, Colorado Avalanche and Stars.