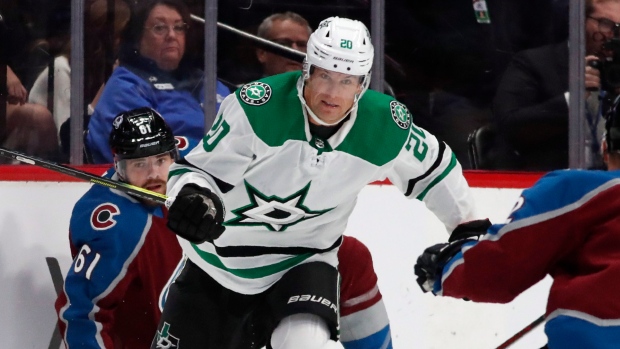 The Dallas Stars have released veteran forward Scottie Upshall from his PTO, according to TSN Senior Hockey Reporter Frank Seravalli.

The Dallas Stars have released veteran Scottie Upshall from his tryout. He had a solid camp, #stars are tight on contracts.

Upshall last appeared in the NHL during the 2017-18 season with the St. Louis Blues, he posted seven goals and 12 assists in 63 games.

The 35-year-old signed the tryout contract with the Stars in August.

Upshall has also appeared with the Nashville Predators, Philadelphia Flyers, Phoenix Coyotes, Columbus Blue Jackets and Florida Panthers over the course of his 759 game NHL career.

He was selected sixth overall in the first round of the 2002 NHL Entry Draft by the Predators and has 138 goals and 147 assists during his time in the NHL.