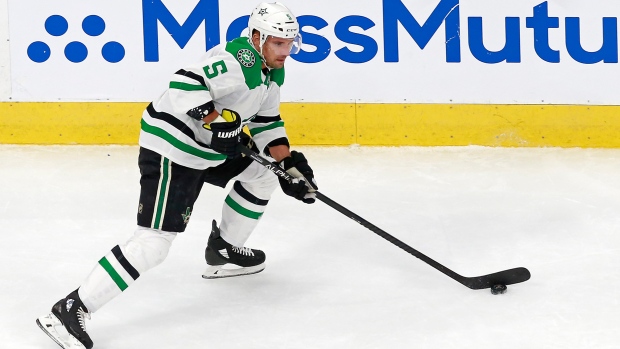 DALLAS — The Dallas Stars began their off-season activity after losing in the Stanley Cup Final by bringing back a reliable defender.

Dallas re-signed veteran defenceman Andrej Sekera to a $3 million, two-year contract Sunday that carries an annual salary cap hit of $1.5 million. The 34-year-old Slovak blocked 38 shots and had one assist in the post-season while playing third-pairing minutes for the Western Conference-champion Stars.

Sekera had eight points and blocked 75 shots in 57 regular-season games during his first year with Dallas.

“Andrej did an outstanding job coming in and immediately making a difference on our back end last season,” general manager Jim Nill said. “With his intelligence and experience, we look forward to Andrej continuing to play an impactful role in our defence corps.”