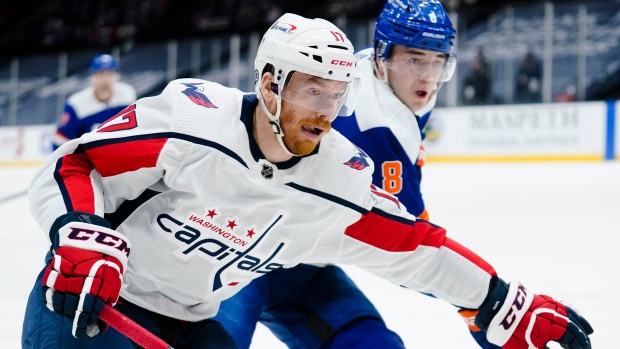 The Dallas Stars have signed defenceman Jani Hakanpaa to a three-year, $4.5 million contract and forward Michael Raffl to a one-year, $1.1 million deal.

Hakanpaa, 29, had two goals and four points in 57 games last season split between the Anaheim Ducks and Carolina Hurricanes. He finished third in the NHL with 215 hits.

He has five points in 62 career NHL games.

“Jani is a big, physical defenseman that sees the ice well and skates at a high level for a man of his size,” said Stars general manager Jim Nill. “He is a reliable penalty killer and will help balance out our backend.”

Raffl had four goals and 11 points in 44 games in 2020-21 split between the Philadelphia Flyers and Washington Capitals.

“Michael is a solid two-way forward with good hockey sense, allowing him to play in a variety of situations,” said Nill. “He has a strong, physical presence on the ice and will add veteran savvy and depth to our lineup.”