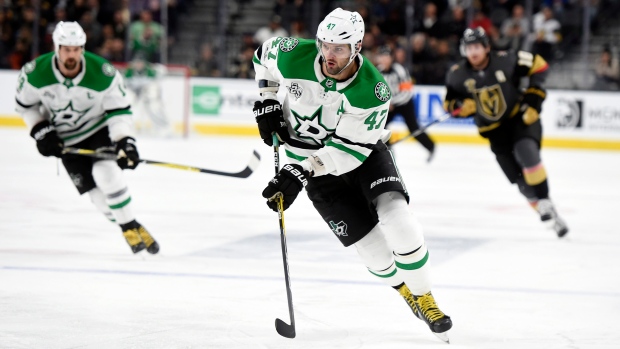 Alexander Radulov will spend Thursday night as a healthy scratch when the Dallas Stars host the Winnipeg Jets.

"Doing what we think is best for the Dallas Stars,” head coach Jim Montgomery said of the decision after the morning skate.

Per Jim Montgomery: Radulov is out. “ Doing what we think is best for the Dallas Stars”

Radulov has eight goals and 15 points in 29 games this season. He has been held without a point during the team's current four-game losing skid. He declined to comment on the decision Thursday.

The 33-year-old is currently in the third season of a five-year deal signed with the Stars in 2017 and carries a $6.25 million cap hit, fourth-highest on the Stars. He scored a career-high 29 goals and posted 72 points in 70 games last season.

Line rushes at morning skate indicate Alexander Radulov might be a scratch: