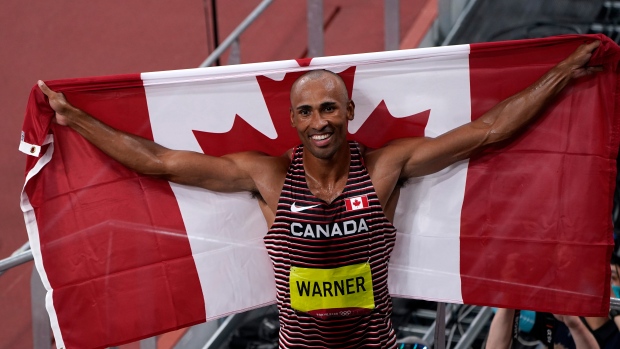 This was the sixth year the London, Ont,, native has won the Gotzis decathlon event, not including the 2020 competition cancelled due to the COVID-19 pandemic.

He won primarily on the strength of his sprinting, finishing first in both the 100-metre dash and 110-metre hurdles.

Warner also finished second in the discus throw and third in high jump.