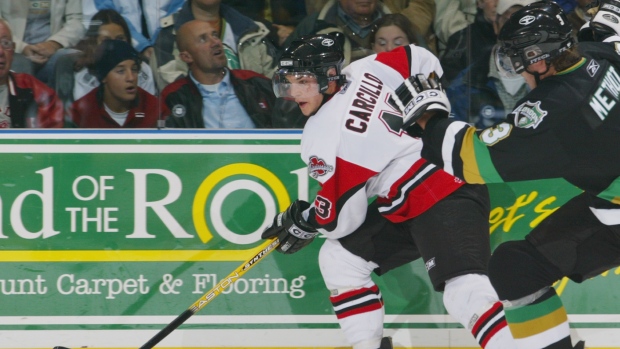 The Canadian Hockey League and its three major junior leagues have been complicit for decades in rampant hazing, bullying, and abuse of underage players by coaches, team staff and senior players, alleges a proposed class-action lawsuit.

The lawsuit was filed Thursday in Ontario Superior Court in Toronto by former CHL players Dan Carcillo and Garrett Taylor. The filing doesn’t specify what sort of damages the plaintiffs are seeking.

“Survivors of such abuse have come forward and continue to come forward to this day,” the lawsuit alleges. “However, the defendants have stubbornly ignored or failed to reasonably address this institutionalized and systemic abuse. Rather than respond to or make meaningful attempts to prevent such abuse, the defendants have instead perpetuated a toxic environment that condones violent, discriminatory, racist, sexualized, and homophobic conduct, including physical and sexual assault, on the underage players they are obligated to protect.”

CHL president Dan MacKenzie did not respond to an email requesting comment. The allegations against the CHL have not been proven and the league has not filed its defence to the claims.

The CHL recently agreed to a $30-million settlement in a minimum-wage class-action lawsuit. The league also faces another proposed class-action case related to concussions.

“The majority of these children leave their homes and families to play hockey for a team in a different town or city, far from their parents,” the lawsuit says. “The power imbalance between these children and the older players, coaches, team and league officials is extreme. The opportunities for abuse of power are omnipresent, and the Defendants have failed in their duties to protect the children under their care. The result is decades of rampant child abuse which has left the class with emotional and physical injuries that are entirely unrelated to hockey and which have no place in the sport.”

Carcillo played for the OHL’s Sarnia Sting starting in the summer of 2002 when he was 17. He and approximately 12 other Sting rookies suffered “almost constant abuse for the entire 2002-03 season,” the lawsuit alleges.

“During showers, rookies were required to sit in the middle of the shower room naked while the older players urinated, spat saliva and tobacco chew on them,” the 46-page statement of claim says. “At least once, the head coach walked into the shower room while this was occurring, laughed and walked out.”

“Rookies were repetitively hit on their bare buttocks with a sawed-off goalie stick, developing large welts and open sores, the lawsuit says.

“The injuries were so bad that they couldn’t sit down, even while attending local high school classes. They advised team staff of this abuse, which did not stop.”

After Carcillo and another player from the Sting reported the alleged abuse while playing for Canada's national team at the 2003 IIHF U18 World Championship, the OHL conducted an informal investigation into the claims. The lawsuit alleges no findings were released, the abusers were not punished, and no steps were taken to address the abuse.

Carcillo, who was a member of two Stanley Cup-winning Chicago Blackhawks teams in the NHL, has admitted his role in bullying younger players.

“I was a bad person and a bad teammate,” Carcillo told USA Today in 2019. “But I also know I wasn’t born that way. I take ownership of my actions, but the league wanted a certain kind of player. They wanted me to play a certain kind of way, so that’s what I turned myself into, for the sport.”

“During team practices, the head coach took Taylor aside and demanded that he fight other 16- or 17-year-old players in order to increase the ‘intensity’ level of the team,” the lawsuit says. “This took place numerous times. Taylor was seriously concussed during one fight in practice and he and other team members suffered other injuries during such fights.”

The Hurricanes’ head coach allegedly provided a team credit card to one of the older players to buy alcohol for the team rookie party. The 16- and 17-year-old rookies were required to dress up in women’s clothing and were forced to consume large amounts of alcohol, to the point of blacking out and vomiting, the lawsuit claims.

Taylor’s family came forward in 2018 with claims that he was abused as a WHL player.

At the time, the WHL said it would hire a former RCMP official to investigate. The league refused to publish the results of that investigation.