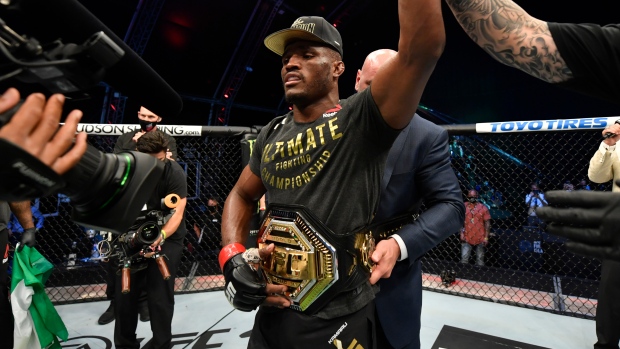 The pair were supposed to meet on Fight Island at UFC 251, however Burns was forced to withdraw from the event. He was replaced by Jorge Masvidal in a main event bout that Usman won via unanimous decision.

Usman’s victory over Masvidal was his second successful defence of the welterweight belt. He also defeated Colby Covington via TKO at UFC 245.

The 33-year-old won the belt at UFC 235 with a unanimous decision victory over Tyron Woodley.

Burns enters on a six-fight winning streak. He last saw action against Woodley, who he defeated in a main event bout on May 30 in Las Vegas.

Dana White (@danawhite) confirms UFC targeting Jorge Masvidal (@GamebredFighter) vs. Nate Diaz (@NateDiaz209) rematch. No deal for that one yet. First reported by @TMZ, for 12/12. That date still needs to be worked out. January also a possibility, per sources.

The UFC is also targeting a rematch between Masvidal and Nate Diaz, however the date for that bout is still to be determined.

Masvidal and Diaz met at UFC 244 for the BMF belt. Masvidal captured the belt when the referee stopped the fight after the third round due to an injury to Diaz.