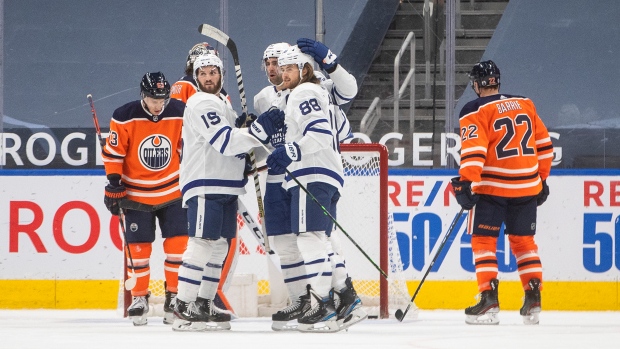 "It's very concerning that we don’t want to grab the competitive level in a series like this,” the Oilers head coach told reporters after his team dropped their third straight game to the Leafs.

"We didn't win enough battles to push the game along," Tippett added. “Give them credit – they defended hard, won a lot of battles and won the games."

Toronto outscored Edmonton by a combined 13-1 tally during the three games.

"Our whole group was not at the level we need them to be to compete with that team," Tippett said. "It's not on one, or two, or three guys — it's on the whole group.

“We have a lot of important games coming up, but if we keep playing like that, those games won't mean anything.

“You can’t put it behind you,” Tippett said when asked how his players will rebound after a stretch like this. “You have to recognize what you’re doing, recognize how you play, because if you don’t recognize it, it’s pretty hard to fix it.”