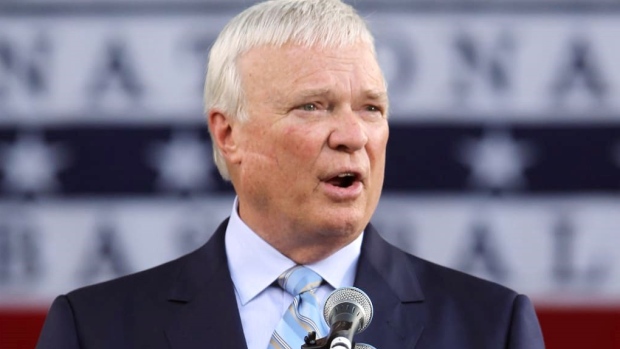 Dave Van Horne is hanging up the mic.

The longtime voice of the Montreal Expos and Miami Marlins tells the Miami Herald's Barry Jackson that he is "effectively retiring."

The 82-year-old Van Horne was the recipient of the 2011 Ford C. Frick Award from the Baseball Hall of Fame, given to a broadcaster for "major contributions to baseball."

A native of Easton, PA, Van Horne was hired by the Expos for their inaugural season in 1969 and remained play-by-play man for the team until 2000. His most famous call was likely that of Dennis Martinez's perfect game against the Los Angeles Dodgers on July 28, 1991, with an emphatic "El Presidente, El Perfecto!" upon the final out.

After leaving the Expos in 2000, Van Horne became lead announcer for the Florida Marlins in 2001, calling a 2003 World Series victory for the team.

Van Horne was inducted into the Canadian Baseball Hall of Fame in 2014.