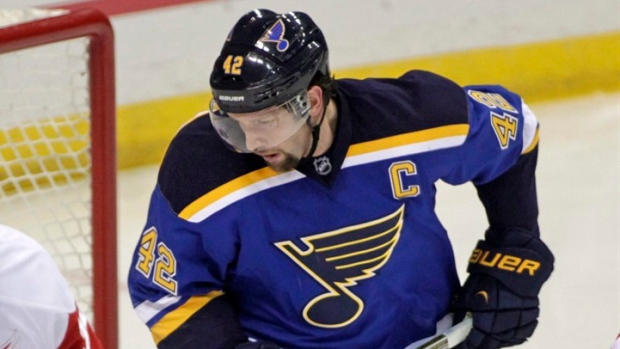 The St. Louis Blues announced on Thursday that they have signed forward David Backes to a one-day contract and he is retiring as a member of the team where he played most of his 15-year NHL career.

"And now we are here, my NHL chapter has concluded," he wrote on the team's website. "The game got faster and younger and I haven't been associated with either of those adjectives in a long time."

He finished playing out a five-year, $30 million contract he signed with the Boston Bruins in 2016.

A veteran of 965 career NHL games with the Blues, Ducks and Bruins, Backes has 248 goals and 561 points.