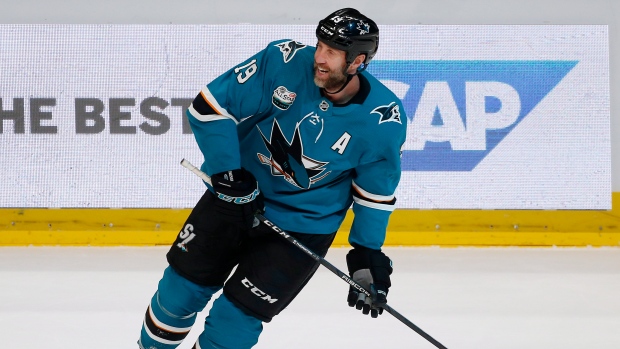 San Jose Sharks forward Joe Thornton has missed just nine games this season despite dealing with a knee infection and a broken toe.

“Every time he seems to be turning a corner and putting that stuff behind him, it’s something else,” DeBoer said, per The Mercury News. “He plays through all of this stuff, but the guy hasn’t been healthy.

“That’s step one. Let’s get him healthy. I know what he’s going to bring once he’s healthy.”

The Sharks returned to practice on Thursday after an eight-day break, but DeBoer said Thornton is still not 100 per cent entering the second half of the season.

"My expectations are he’s going to be a big player for us and an important piece for us. He just needs to get healthy,” DeBoer said of Thornton. “A lot like (Joe) Pavelski last year, he hasn’t been healthy all year.

The 39-year-old, who 10 goals and 25 points this season while averaging 15 and a half minutes of ice time, said Thursday he's feels "great."

“I feel really good,” Thornton said. “A good break. A little rusty today, just with the week off. But I feel great.

“I found a nice groove with Marcus (Sorenson). We feel comfortable on the third line together. A good first half.”

The Sharks, who sit second in the Pacific Division with 65 points this season, will return from their bye week on Saturday against the Arizona Coyotes.