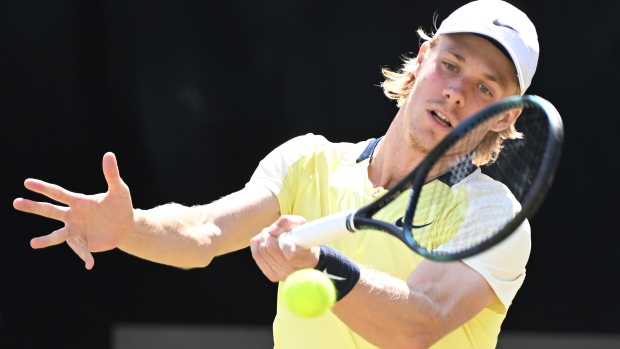 Shapovalov hasn't won since a May 12 upset of clay-court legend Rafael Nadal in the third round of the Italian Open.

The Canadian lost in the quarterfinals in Rome to then world No. 10 Casper Ruud.

He then dropped his first match of his next four tournaments to Ilya Ivashka of Belarus (ranked 50th); Denmark's Holger Rune (40), Germany's Oscar Otte (61) and Paul (35).

He had 11 aces against Paul but made six double-faults.

Shapovalov broke Paul twice on nine chances. The American was more efficient with his opportunities, converting two of his four break chances.

Paul improved his career record against Shapovalov to 2-0.

The Queen's Club event is a warm-up for Wimbledon. The grass-court Grand Slam starts June 27 at London's All England Club.

Shapovalov was a semifinalist at Wimbledon last year.

This report by The Canadian Press was first published June 14, 2022.