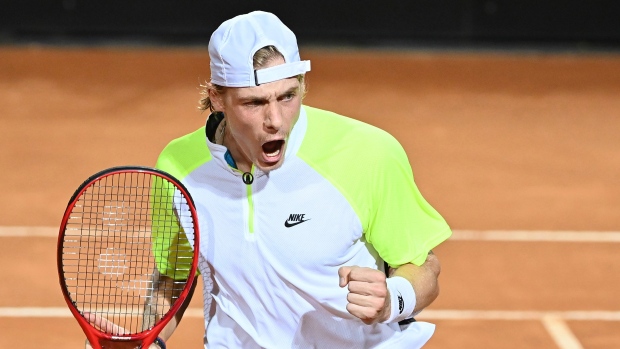 Following a quarterfinal appearance at the US Open earlier this month and then a semi-final showing this past weekend at the Italian Open in Rome, Canada's Denis Shapovalov has reached the top-10 in the ATP Tour rankings for the first time in his short career.

Now we can OFFICIALLY say it – Denis Shapovalov is a Top 10 player.

He joins Milos Raonic as the second Canadian male to crack the Top 10 in the @atptour rankings.

Shapovalov currently sits at No. 10 in the world and becomes just the second Canadian male behind Milos Raonic to crack the top 10. As TSN's Mark Masters notes, the 21-year-old becomes the youngest Canadian to accomplish the feat on the men's circuit.

So, Denis Shapovalov, at age 21, is the youngest 🇨🇦 man to reach this milestone

Bianca Andreescu (No. 4), Eugenie Bouchard (No. 5) and Carling Bassett-Seguso (No. 8) have all done it on the women's side.

Shapovalov dropped a five-set marathon to Spain's Pablo Carreno Busta in the US Open quarters before coming up just short against Argentina's Diego Schwartzman in an equally dramatic three-set match in the Italian Open semis on Sunday.

Next up is the French Open starting later this week from Roland Garros in Paris.