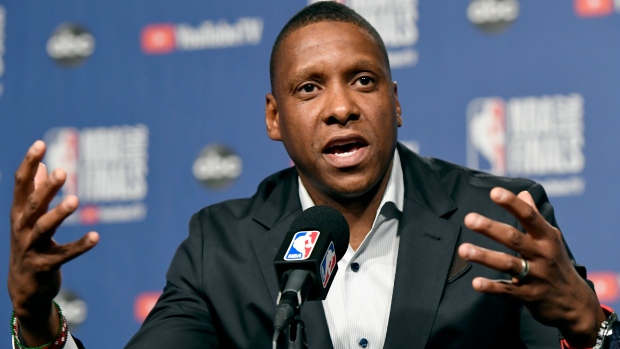 SAN FRANCISCO — An attorney for a deputy involved in an altercation with the president of the Toronto Raptors as he tried to join his team on the court to celebrate their NBA championship said his client suffered a concussion and is on medical leave.

Attorney David Mastagni said Tuesday the 20-year-veteran of the Alameda County Sheriff's Office has a jaw injury and is considering filing a lawsuit.

Sheriff's Sgt. Ray Kelly says the deputy was checking court-access credentials after the game Thursday in Oakland against the Golden State Warriors when Raptors President Masai Ujiri shoved the deputy and Ujiri's arm struck him in the side of the head.

Kelly says investigators are questioning witnesses and the office hopes to file a report to prosecutors recommending a misdemeanour battery charge against Ujiri.

The team said last week it was co-operating with the investigation and gathering information on its own. It had no further comment Tuesday.

The name of the deputy has not been released.