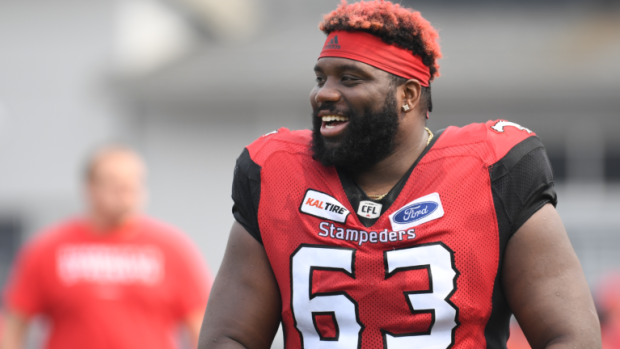 Three-time CFL West all-star has asked @elks for trade or release. His deal signed in January before team signed @SirV55. Team added playtime $ to contract in the spring before Dennis informed team of retirement in June. https://t.co/OjKNTjb63n

Dennis signed with the Elks in January before the team signed offensive lineman SirVincent Rogers.

"I regret signing with Edmonton now I gotta deal with this BS!" Dennis tweeted Monday night.

I regret signing with Edmonton now I gotta deal with this BS!

"Team added playtime money to contract in the spring before Dennis informed team of retirement in June," Naylor tweeted.

Edmonton released a statement Monday night in response to Dennis.

“The Edmonton Elks came to terms with Derek Dennis on a contract and would gladly honour that contract. Derek decided to retire on his own accord and is aware that the club would welcome him to Edmonton should he decide to return to football.”

Dennis is a veteran of 72 regular season games spread out over five CFL campaigns, spending four years with the Ottawa Redblacks and one with the Saskatchewan Roughriders.

The 32-year-old played collegiately at Temple and is a native of Queens, N.Y.