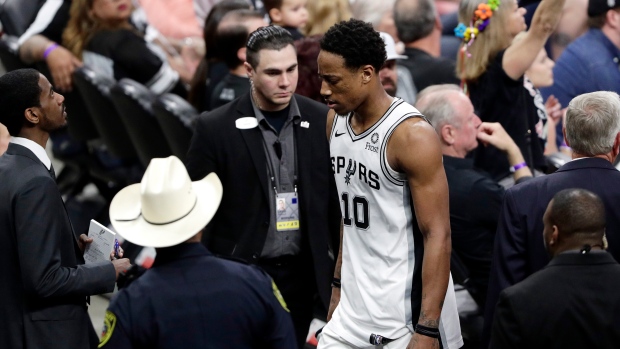 NEW YORK — San Antonio Spurs guard DeMar DeRozan has been fined $25,000 by the NBA for heaving a ball past an official and into the stands of a playoff game against the Denver Nuggets.

The fine was handed down Sunday by league discipline executive Kiki VanDeWeghe.

The incident occurred with about 5 minutes remaining in the Spurs' 117-103 loss to the Nuggets on Saturday night that tied the series at 2-2. DeRozan was called for an offensive foul against Denver's Gary Harris and responded by whipping the ball in the general direction of the referee. He received a technical foul and was ejected.

DeRozan said afterward that he was frustrated by what he thought was a bad call.

Game 5 is Tuesday night in Denver.