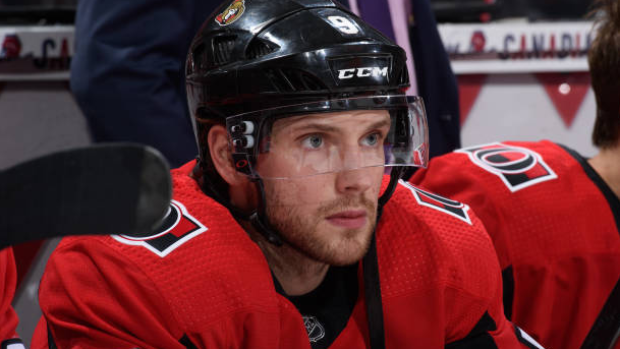 Detroit Red Wings head coach Jeff Blashill believes Bobby Ryan is poised to make a significant impact in his first season with the team after signing as a free agent.

Ryan was bought out by the Ottawa Senators in September and signed with the Red Wings in October on a one-year, $1 million contract. He won the Masterton Trophy this year after publicly sharing his battle with alcohol issues.

"Bobby Ryan, I really like the spot he’s at in his life," Blashill told The Athletic. "Just talking to him on the phone, I thought it was a really great conversation. I think he’s really motivated to have a great year. I think he’s in a real good spot personally. He brings, obviously, a right shot to our lineup that we don’t have many of. A right-shot power-play guy that, with (Sam) Gagner and him, it allows you to have a couple right shots potentially on each unit, and that brings a greater depth of types of plays that we can run.

"And he’s been a high-end offensive talent, and we don’t have a lot of guys that were drafted as high as he is, that have that real high-end talent. So, I think he’s got a chance to have a real good year, but we’ll see. … This is a hard league, and it doesn’t get easier as you get older, and you’ve gotta put yourself in the best position to succeed. Meaning, you’ve gotta be in unbelievable shape, and as you get older you’ve gotta keep, probably, breaking barriers of how much you’re doing. I think he’s doing that. He’s working with a skating coach that he’s mentioned to you guys. He’s, I think, training as hard as ever, and he’s coming to camp in great shape, and if he does that, I think he’s got a chance to have a good impact for us."

Ryan, who had five goals and eight points in 24 games with the Senators last season, had two years left on his contract at a $7.25 million cap hit when he was bought out.

The 33-year-old winger spent the last seven seasons in Ottawa with the Senators. Prior to his time in the nation's capital, Ryan played six seasons with the Anaheim Ducks.