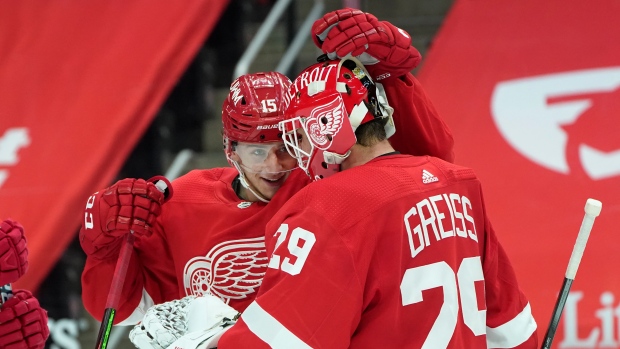 Jakub Vrana and the Detroit Red Wings have avoided arbitration.

The team and the 25-year-old winger have agreed to a three-year deal. The two sides had been set to go to arbitration on Wednesday.

A native of Prague, Vrana came to the Red Wings as part of a trade deadline deal from the Washington Capitals that saw Anthony Mantha go the other way.

In a combined 50 games between the two teams last season, Vrana had 19 goals and 17 assists.

Originally taken with the 13th overall selection of the 2014 NHL Entry Draft, Vrana has appeared in 295 NHL games over five seasons with the Capitals and Red Wings, scoring 84 goals and adding 84 assists. Vrana had three goals and five assists in 23 games during the Capitals' Stanley Cup-winning playoffs in 2018.

Internationally, Vrana has represented the Czech Republic on a number of occasions, including at this past spring's IIHF World Hockey Championships in Latvia.