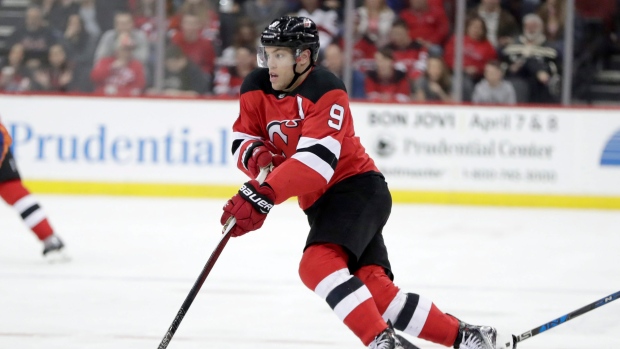 New Jersey Devils forward Taylor Hall will not be joining Team Canada at the 2018 World Hockey Championship, announcing on Tuesday that he has declined an invitation from Hockey Canada.

The Calgary native is also one of the front runners to be named as a finalist for the Hart Trophy, an honour he would appreciate.

"It's out of my hands," Hall said about the Hart Trophy voting.  "It would be nice to be in Vegas and at the award show to be recognized."

Hall on Hart Trophy: “Its out of my hands. It would be nice to be in Vegas and at the award show to be recognized.”

Hall has represented Canada at the World Championship three times, 2013 and back-to-back title winning years of 2015 and 2016.

The Devils will be represented by Americans Keith Kinkaid and Will Butcher, as well as Mirco Mueller, who will dress for Switzerland.