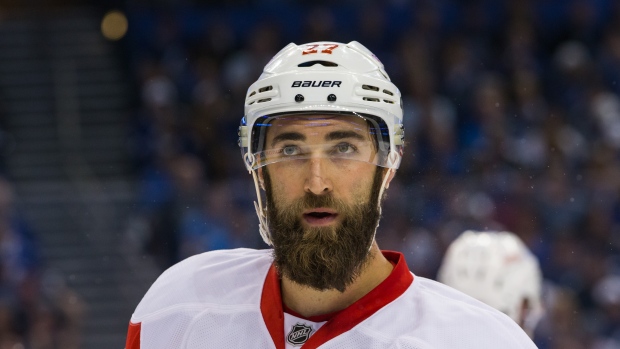 NEWARK, N.J. — The New Jersey Devils have signed veteran defenceman Kyle Quincey to a $1.25 million contract for the upcoming season.

The 31-year-old Quincey is entering his ninth full NHL season after spending the last four-plus seasons with the Detroit Red Wings. He came to Detroit from Colorado, via Tampa Bay, when he was traded twice on Feb. 21, 2012.

Quincey has also played for Los Angeles. He spent his first three professional seasons from 2006-08 with Detroit and the club's AHL affiliate in Grand Rapids.

In 495 career regular-season NHL games, he scored 30 goals and had 110 assists. He has eight assists in 54 playoff games.