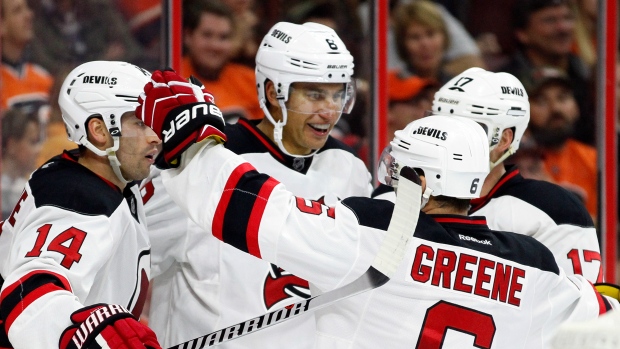 The New Jersey Devils have moved on from Dainius Zubrus.

#NJDevils GM Ray Shero announces that Dainius Zubrus has been placed on unconditional waivers for the purpose of terminating his contract.

The Lithuanian is a veteran of 19 National Hockey League seasons spent with the Philadelphia Flyers, Montreal Canadiens, Washington Capitals, Buffalo Sabres and the Devils where he spent the past six seasons.

His best offensive output came in the 2005-2006 season as a member of the Capitals when he scored 23 goals and added 34 assists.

In 74 games last season for the Devils, Zubrus had four goals and six assists.