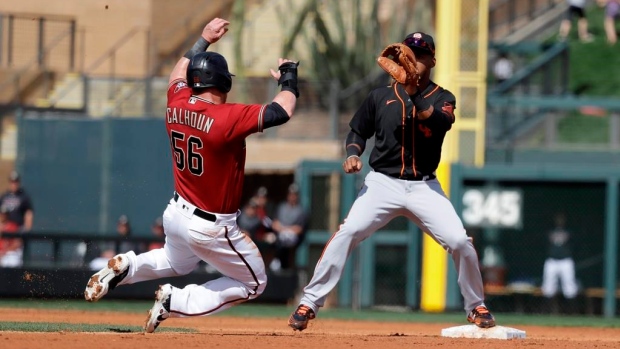 Lovullo added that Calhoun is asymptomatic and feels good. The 32-year-old Calhoun signed a $16 million, two-year deal in the offseason after playing his first eight seasons with the Los Angeles Angels.

He hit a career-high 33 homers last season and is expected to bat in the middle of Arizona’s lineup in 2020.

The Diamondbacks have revealed three players on the 40-man roster who tested positive for COVID-19. The others were relief pitchers Junior Guerra and Silvino Bracho.

Arizona outfielder David Peralta was back on the field Monday after missing the first three camp workouts because he was feeling sick. He said he took four COVID-19 tests over the last week and all of them came back negative. Peralta homered and singled in Monday’s intrasquad game.