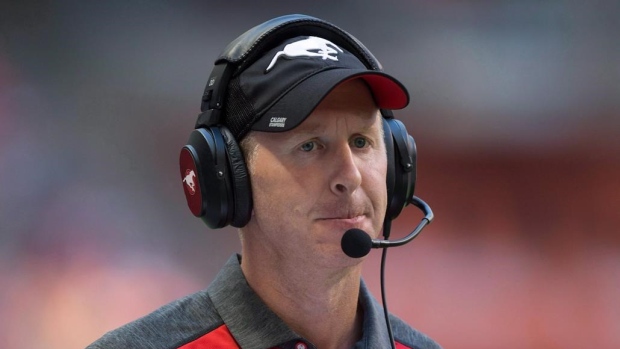 Dave Dickenson signed a three-year contract extension with the Stampeders, keeping the CFL's reigning coach of the year in Calgary through the 2020 season.

"I'm happy to be staying here for the long term," said Dickenson. "With this extension, I get the opportunity to try and keep the Stamps' winning tradition going. I stress the importance of loyalty and trust to my players and I'm very grateful that the team is showing loyalty and trust to me."

In his first season as head coach, Dickenson led the Stamps to a 15-2-1 mark for a franchise single-season record of 31 standings points. With their Western Final win over the BC Lions, the 2016 Stamps became the first team in franchise history to go a combined 10-0 at home in regular-season and playoff action. Dickenson set the league record for most wins by a rookie head coach. Under Dickenson, who also acts as the Stamps' offensive coordinator, Calgary scored the most points in the CFL in 2016 and also allowed the fewest.

"I'm very pleased that Ken King and the Calgary Sports and Entertainment Corporation have provided their full support to the decision to make a long-term commitment to Dave as our head coach," said Stampeders president and general manager John Hufnagel. "This is the right move for our organization. Dave had an exceptional first season as a head coach and I believe he will get even better as he gains more experience in the role."

Dickenson joined the Stamps coaching staff in 2009 after completing his Hall-of-Fame playing career as a member of the Stamps' 2008 Grey Cup-championship team. The quarterback played 13 seasons as a pro including 11 in the CFL and six with the Stamps. Dickenson was the CFL's Most Outstanding Player in 2000 and he has won a total of four Grey Cup rings as a player and coach.

In the six seasons Dickenson has served as offensive coordinator, the Stamps have led the CFL in scoring four times and have never finished lower than second in points scored.