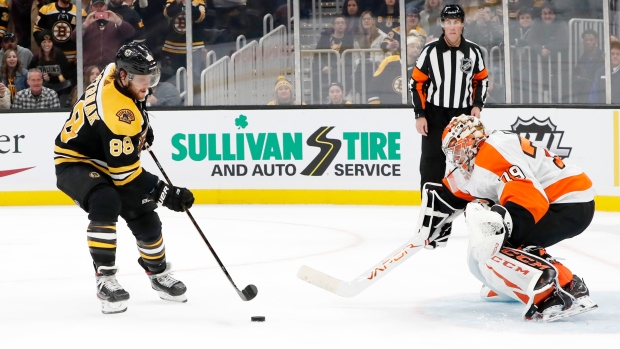 One story I’ve been monitoring since the National Hockey League adopted a division-based playoff format at the onset of the 2013-14 regular season is how divisional imbalance influences playoff races.

There were a few reasons for realignment, but the league’s primary bet was that creating heavy emphasis on divisional hockey would further some of the sport’s better rivalries, draw more viewers and create a more compelling postseason.

I have long been a skeptic of the NHL’s rivalry-based approach – I would argue that the majority of rivalries are borne out of competitive playoff hockey and exceptional on-ice play, less so the fact that the two teams are within geographic proximity of one another.

But for those who have been disappointed with the realignment era of playoff hockey, it’s a lesser concern. The more distressing point has centered on the league’s implied bet that parity would exist at a division level (versus a conference level previously), and the league’s trigger to automatically give 12 of 16 playoff bids to teams merely based on divisional placement.

But divisional parity has never been realized since the introduction of the new playoff format, and that’s true again this regular season.

The most obvious example of imbalance this year is in relation to the Metropolitan Division, which is uniquely stacked with contenders. By quick example: the Philadelphia Flyers, in fourth place with 49 points in 39 games, would be sitting second in the Atlantic and first in the Pacific. Just merely moving divisions would see Philadelphia not only open up the first round as the home team, but also against an inferior opponent. Right now, they are staring down the barrel of the 24-7-9 Boston Bruins.

Philadelphia isn’t the only team impacted by the swell of strength in the Metropolitan. But how do we define the strength of a given division, especially in a league where so many games are played within the division against common opponents? I like looking at crossover performance – how divisions fare against other divisions over the course of the season.

To the surprise of no one, the Metropolitan is cleaning up – and so too is the Central: 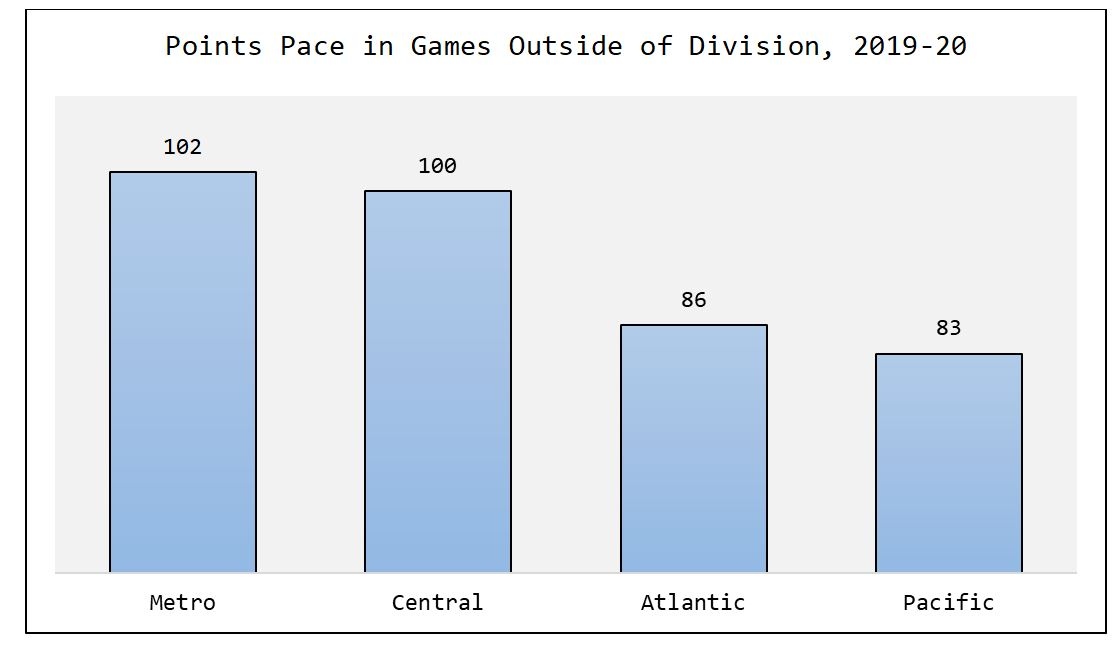 What you have here is clear differentiation between the four divisions – the power groups in the Metropolitan and the Central, and the weaker groups in the Atlantic and the Pacific. The power divisions are less so about having an elite team or two and more about avoiding those “disinterested in winning” teams that plague the Atlantic (Ottawa and Detroit) and the Pacific (any team from California).

If we break it out further and look division against division, we start to see real separation from the Metropolitan. The below table shows each division’s performance against another division based on record, goal differential and expected goal differential across all situations: 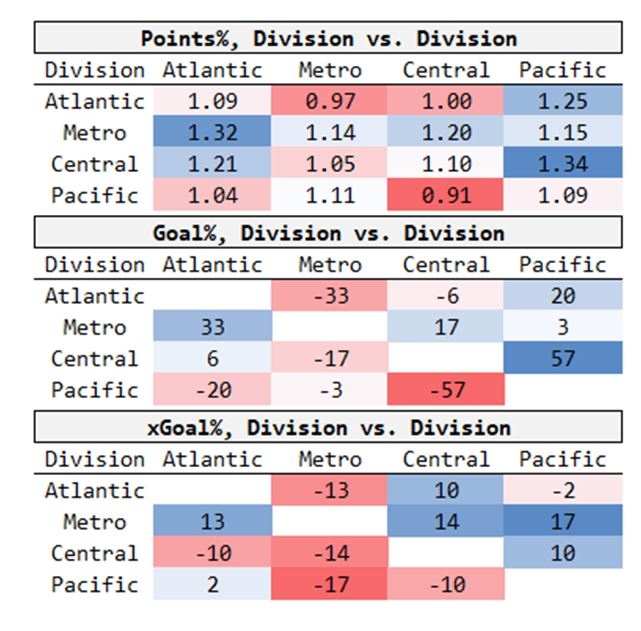 But the divisional imbalance isn’t created merely by the bottom half of the divisions – the lottery-bound teams who may not have a lot of interest in winning this season. It’s also being created at the top of the standings, where teams like the New York Islanders, Colorado Avalanche, St. Louis Blues and Washington Capitals are surging against their playoff peers: 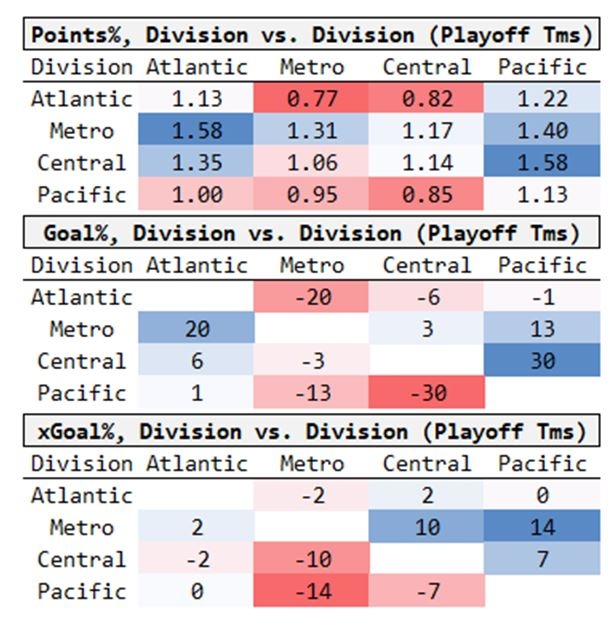 So we know that the strength of the league resides in the Metropolitan, followed by the Central, and that’s true by any measure. Divisional power like this tends to ebb and flow – remember when the Pacific Division was an absolute monster?

But don’t tell teams in a division like the Metropolitan that this year, where there will be a knife fight for no more than two wild-card spots and a guaranteed bloodbath matchup in the first round between the two and three seeds in the division.