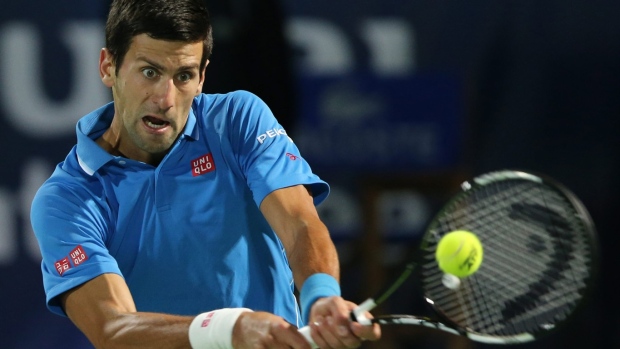 In the tennis world, the past eight days have been about the ATP World Tour Finals.

Rightly so, as the top eight men’s players, nine if you include David Goffin who played as an alternate, were in London to play the annual round-robin style format. Big money, world rankings and bragging rights were all on the line here.

The tournament couldn’t have asked for much more with Andy Murray and Novak Djokovic battling in Sunday’s final for the World No. 1 ranking. Murray prevailed in straight sets. However, some of the attention turned away from the year-end showcase and shifted towards the Davis Cup. This weekend Croatia will host Argentina in the Davis Cup Final.

Even if you are a tennis fan, you were likely unaware that the event was going to be taking place, let alone know which countries are competing in the Final. That’s the problem the International Tennis Federation (ITF) is faced with. The ITF runs the Davis Cup. They are a separate organization from the ATP World Tour and the Grand Slams. They aren’t involved in the day-to-day operations of the Men’s Tour. That’s one of the other problems.

Ask any tennis fans if they understand how the Davis Cup draws work, how the home country is selected, how countries get in and which players can play. It’s not easy to figure it out.

If you ask the players, they don’t appear to like it either. Some players go to the extent of voicing their displeasure at the way it is being handled.

On Thursday after his match at the ATP World Tour Finals, World No. 2 Novak Djokovic spent nearly four minutes ripping the Davis Cup to shreds.

“The format is not working for the top players, especially the top players because it’s just completely at the wrong time in the schedule”, Djokovic said. “If you go back five or six years and you see the amount of the top players that play at the later stages of the Davis Cup you see it has lost value. Of course they have to change. They need to have a format that in my opinion the only way to work is once a year; one or two weeks have a round robin format, four or five or six groups, have teams play in different locations and then come together in one location, play knock out stage quarter-finals, semi-finals, Final Four, whatever.”

Roger Federer, part of the 2014 winning Davis Cup team from Switzerland, has played in just one Davis Cup tie since then. Rafael Nadal, who has been hampered by several injuries has played just three ties for Spain over the last five years.

“My idea was never to win it twice”, said Federer in 2015 “The idea was always to win it once and we did that in front of a record crowd, which was a great moment for us all.

“I see this tie in isolation”, he continued. “I can’t play everything and of course if I do play Davis Cup other things have to drop out.”

Djokovic was part of the Serbian team who won the Davis Cup in 2010, but has only played two Davis Cup ties in the past three years. His comments likely explain why.

“The ITF hasn’t really been really very helpful with the players demands,” proclaimed the 12-time Grand Slam champion. “The only thing they want to change is the neutral final for next year or for the year after that. Talking to all the players on the council and the players on the tour, no one agrees with it because you are taking away from the players the one thing that the players love about Davis Cup is the home tie, the home crowd.

"I don’t know how the future of Davis Cup will look like, I respect the competition - it has a long history (and) I love playing for my country. This is the only official team competition we have in our sport but there is something definitely radically that has to be changed, and I don’t know if they realize but they’re losing a lot of value in terms of commercial perspective marketing perspective, people don’t know the format of the competition, the system how it works, who plays who until it gets to the finals.”

Contrary to what Djokovic and Federer have said, World No. 1 Andy Murray hasn’t shown the same stance. Unlike his peers, Murray has missed just one Davis Cup tie since 2013, helping lead Great Britain to their first Davis Cup title in 79 years last year.

This is good news for tennis fans in Ottawa as Canada hosts a first round Davis Cup tie against Great Britain in February next year. Once again, it will occur the week after the Australian Open.

It was expected Vancouver would be the location as it has been in the past since it's closer to Melbourne but the Nation’s Capital was chosen to host the event this time around.

“I will travel the extra 3,000 miles to play Davis Cup tie” said the current Wimbledon champion. “I have never been to Ottawa before but I would imagine it is an extra flight and an extra four or five hours from Vancouver. I will see nearer the time but I don’t think the venue will make too much difference to my decision.”

As for Canada’s top player Milos Raonic, who missed both 2016 Davis Cup showdowns due to injuries, he has committed to the First Round tie in Ottawa.

“Due to the fact my next tournaments are in North America in that time zone it’s an ideal setting and I’m sure it will be a great venue. It’s long overdue. I think it’s the best solution because my plan was to be back there after the Australian Open."

Raonic choosing to recover from injuries this year as opposed to playing for Canada in Davis Cup has paid off. Canada managed to get back into the World Group defeating Chile in Halifax in September and Raonic’s ranking his improved to a career high No. 3 in the World.

Now it will be up to the ITF to figure out a plan that is going to keep all the players happy and have the top players participate more consistently. If they don’t, the event will suffer more than it already does now.