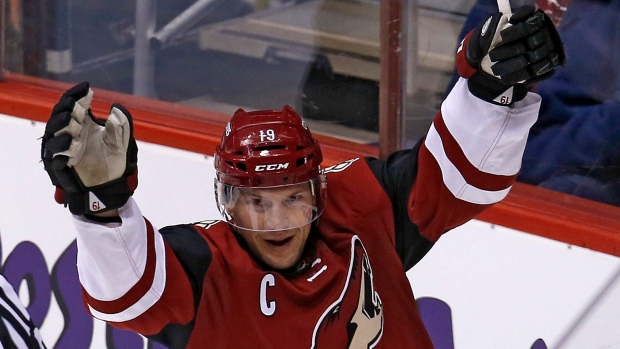 Doan scored seven goals as a rookie in Winnipeg in the 1995-96 season before the Jets moved to the desert and became the Coyotes. The 39-year-old Doan has spent the past 19 seasons in Arizona.

He scored the record goal against the reborn Jets, who returned when the Atlanta Thrashers moved there in 2011.