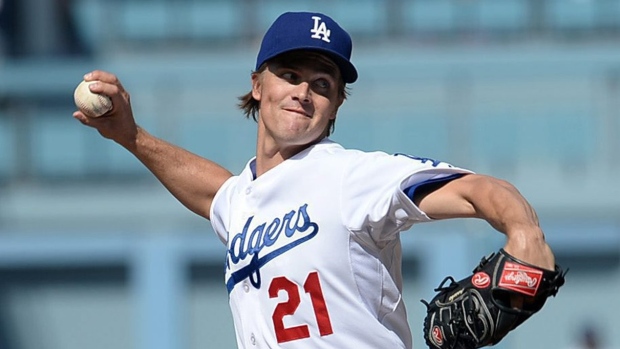 Greinke has improved to 11-4 with a 2.66 earned run average thanks to consecutive wins, giving up one earned run in each outing. He also has 18 strikeouts over that span.

The right-hander won a 3-2 decision at Colorado on Thursday, also getting charged with an unearned run while scattering nine hits with eight strikeouts. He walked two as well, the first free passes he had issued in three outings.

"The last couple of games he's been back to himself," Dodgers manager Don Mattingly said of Greinke. "His stuff has been a little crisper."

Greinke, 30, has made 27 previous appearances against Detroit, all but three of those starts, and is 13-6 against the club with a 2.74 ERA.

The Tigers counter with their own double-digit winner in Max Scherzer, who has been outstanding since getting roughed up by Kansas City on June 17. The right-hander yielded 10 runs over four innings of that setback, but has gone 2-0 in three starts since while allowing only four runs.

Scherzer picked up an 8-1 win over Tampa Bay on Thursday, working around one run, two hits and one walk over eight frames. He fanned seven, giving him 28 strikeouts over the three-game unbeaten streak.

The Tigers overcame an early deficit to win Tuesday's opener 14-5 as starter Justin Verlander settled down after a rough beginning. He gave up five runs in the opening frame, but none of that to record his 14th straight interleague start without a loss.

"You give up five in the first and it's never a good feeling," said Verlander. "But it's a whole new ballgame after your team goes out and (scores a lot). Then thankfully I was able to keep the offense on offense, have quick innings and keep the momentum on our side."

Rajai Davis went 3-for-4 with three RBI, while Miguel Cabrera, Torii Hunter and Alex Avila drove in two runs each as Detroit finished with 20 hits and snapped a three-game slide.

"(Verlander) made mistakes in the first inning and then he executed after that," said Gonzalez. "We still had a pretty good line against him. Unfortunately they scored more runs than we did."

The bulk of Detroit's offensive damage came against Hyun-Jin Ryu, who was battered for 10 hits and seven runs while lasting only 2 1/3 innings.

The Tigers and Dodgers split a two-game set in L.A. back in early April, with both contests decided in 10 innings.