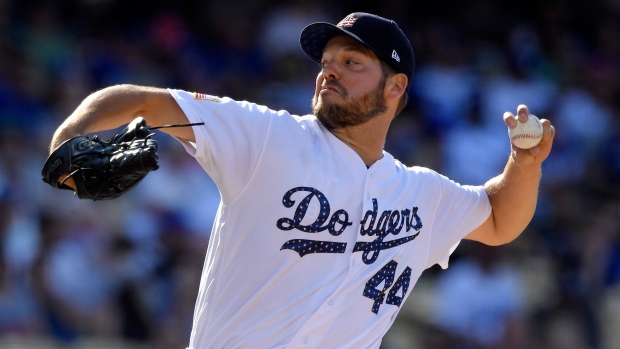 LOS ANGELES — Rich Hill is starting for the Los Angeles Dodgers in Game 4 of the World Series after all.

The left-hander was originally announced as the starter, but on Saturday morning the team backed off on him and said its starter was to be announced.

The Dodgers confirmed Hill on their Twitter account after the Red Sox said lefty Eduardo Rodriguez would be their starter.

Hill is well-rested, unlike most of the Dodgers' staff. Los Angeles used nine pitchers to eke out a 3-2 victory in Game 3, which lasted a record 7 hours, 20 minutes.

Rodriguez returns after throwing just six pitches in striking out Joc Pederson for the final out of the fifth inning Friday. He made 27 appearances, with 23 starts.

The Dodgers trail 2-1 in the best-of-seven Series.