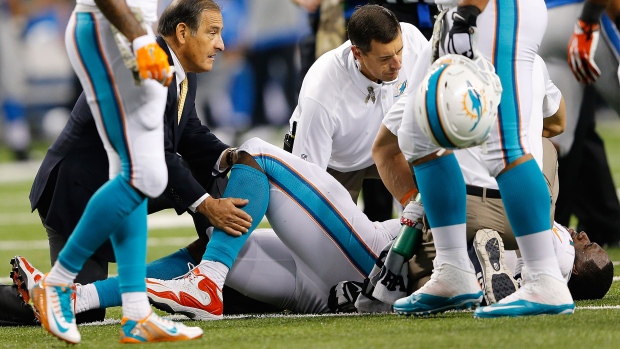 "He's working extremely hard and doing a great job," Hickey said at the team's charity golf tournament. "We want to be measured and stick to our plan. It's an extensive rehab, but it's going well and he's on track for the opening game."

Albert missed the final seven games in 2014 after rupturing the ACL and MCL in his right knee Nov. 9 against the Detroit Lions.

Safety Louis Delmas, who suffered a torn ACL in Week 14 last season, will be on the field for minicamp in June, Hickey said.

The Dolphins will begin minicamp with Billy Turner at right guard and Dallas Thomas at left guard, Hickey said. Thomas started six games at guard last year and struggled, and Turner was the team's third-round pick a year ago.

Pass protection has been a big problem for the Dolphins the past two years.

"We will always keep looking to improve the quality of our roster, but we like our guys," Hickey said. "They've done a good job."

Miami took guard Jamil Douglas in the fourth round of the draft and could challenge Thomas.