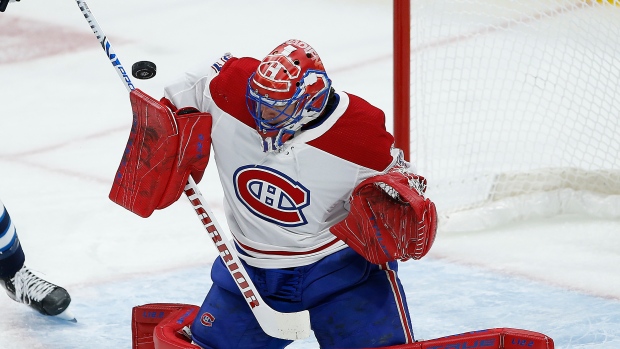 Carey Price will start Tuesday against the Ottawa Senators, with Montreal Canadiens head coach Dominique Ducharme stating it's too early in the season to adopt a merit-based system with his goaltenders.

Backup Jake Allen has outplayed Price to this point and is coming off a 2-1 overtime loss to the Winnipeg Jets, but Ducharme said he will continue to take the situation one day at a time.

"With the goaltenders, it’s too early to go and say, ‘It’s going to be that way,’" said Ducharme following Tuesday's practice. "I think it’s a feel right now and we’ll take it day by day."

Price has allowed at least four goals in each of his last three starts and his .888 save percentage is on track to be the worst of his career in a single season. Allen, acquired from the St. Louis Blues last fall, has a 2.12 goals-against average and .929 save percentage.

Despite the shortened NHL schedule, Ducharme is adamant the club will stick to the plan they have in place.

"We’re confident in the way that we’re handling ourselves and the plan we have," said Ducharme. "I'm a strong believer that we're going to finish where we deserve to finish. It’s much more important to control the things that you can control.

"If we're strong to that process, that plan, and that way of thinking, we're going to be where we deserve to be."

The Canadiens have just two wins in their past 10 games and saw their winless skid extended to five games against the Jets on Saturday. After taking over behind the bench from Claude Julien last week, Ducharme said the team will need time to adjust, but was encouraged by the progress they showed against Winnipeg.

"I could just feel it in the third, that we were gaining confidence," said Ducharme. "The way we were handling the puck and defending and the way the guys were talking on the ice.

"We want to take where we were in the third period and carry that to the start of the game tonight until the end. We had a nice progression through the game on Saturday night and now we want to keep that and bring it up."

Montreal enters Tuesday's game sitting fourth in the North Division with a 9-6-5 record.