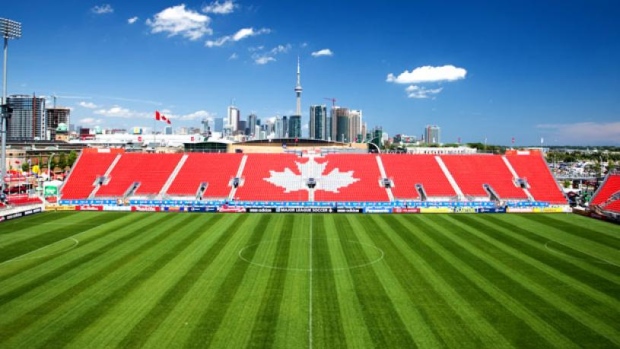 Major League Soccer, like the rest of the sports world, continues to remain on hiatus as the coronavirus pandemic continues to rage on.

The MLS, which first suspended its season on March 12 due to the pandemic, recently extended the team training moratorium through Friday, April 24, though, according to league commissioner Don Garber, the date is likely to be extended again. As fans continue to clamour for their favourite teams to return to the pitch, Garber sat down with TSN Soccer Analyst Kristian Jack on Monday and detailed ideas the MLS is considering in order to potentially resume the 2020 season. Here are some excerpts from the interview:

On the subject of where the MLS is currently, in terms of trying to potentially play out the 2020 season

Garber: There's just an enormous amount of work being done, both at the league level and ownership level and with our chief business officers and chief soccer officers. We're really focused on, first, keeping our players and staff safe and healthy and then figuring out what our return-to-play scenarios are. When will the authorities in Canada and the United States, both at the province level and the state level, allow us to get back to training? Which starts the process and then when will [COVID-19] testing be available, so that we can work on a number of different scenarios that could have us playing either in a singular location or a regional location, or maybe even in a handful of markets. We'll more than likely have to play behind closed doors without fans, we're calling those studio games. We look forward to having to them on TSN as soon as we possibly can, but there's been an enterprise-wide focus on returning to play as quickly as we possibly can.

We have a bunch of cool ideas. Could we go to a handful of locations and perhaps play a tournament? Could that lead into a new way of selecting the MLS champion if we're unable to get into local markets? And then if we're into local markets, what will those markets be and how will they roll out across the U.S. and Canada? Would it be a regular season continuation, or maybe it could even be a part of this tournament concept. All of it requires testing and all of it requires us to be able to get our players back to training as soon as possible. The moratorium was through the end of the month, that likely will be extended pretty soon because the prohibition on people in Canada being in groups is going to continue to stay in place for sometime.

On a potential deadline for the season being cancelled

That's premature. At some point, that date will come, but right now, that date hasn't been established.

On the importance of this season being played out

Players play to win trophies. Win trophies for themselves, for their team, for their community. They want to be written in the history book and it is such a driver of our entire industry. We are doing everything that we can to ensure that we can crown a champion in 2020. That could be a tournament that we play in select markets, if we're able to manage testing and we're able to manage the health and safety of players and stadium personnel and obviously team personnel. It could be a form of an abridged MLS season, remember, we're only through two games so we have some time between now and the end of the year to play games. We're looking at studio games, games without fans that would be produced in a way that might be really cool and fun and entertaining. It might be innovative in ways that, frankly, we would want to see going forward as we start breaking some of the formal traditions of how games have been produced. Ultimately, sports is about fans and we want to get our fans back into cheering for their favourite players and their favourite clubs. That decision will be made by the authorities in Canada and the authorities in the United States, either at the provincial level or at the state level and we still don't know when that time will be.

I've always believed that our sport was behind the other sports and the other leagues because of the global nature of it and FIFA and the officiating community really determining many of those things for us. I think all bets are off. We need to produce the best possible games in the most unique environments. If we are going to have studio games, how do we use technology that never would have been contemplated in a world where we were not going through this challenging time. I'm actually excited about the idea of playing a tournament. Should we kick off every season with a tournament? Maybe. We'll play around with that to see whether or not that could be a norm going forward. Are there different ways that we should be looking at our schedule? ‘Cause clearly our schedule will be very different. We might be playing further into the winter. That's even hard to imagine because we had a zero Celsius MLS Cup in Toronto in mid-December in 2017, but we're going to have to push this season as far as we can so that we can crown a champion in 2020.