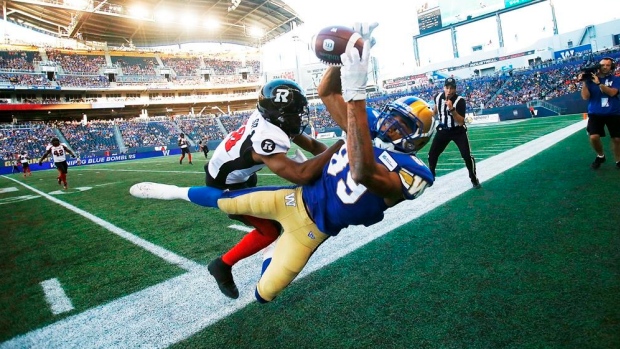 As the dust settles from the Canadian Football League’s frantic free-agency period and the accompanying excitement, it’s time to ask whether this much player movement is a good thing for the league.

Free agency, in general, has been good for driving interest in sports and maintaining competitive balance, as every league needs its share of roster movement. And players certainly deserve a means to access market value for their services.

The debate is whether it’s healthy for the CFL when as many as three quarters of the players on some teams come up for renewal after every season.

The process exhausts general managers, whose off-season jobs have gone from carefully shaping their roster and wading into the market for a player or two, to full-scale negotiations with most of the players on their own team and dozens of free agents in a process that spans from the end of Grey Cup right into mid-February.

Without a doubt, there are some benefits to the current system.

Liberal free agency provides a measure of competitive balance. It’s hard for good teams to stay on top and bad teams can rebuild overnight – as Ottawa is attempting to do right now and Toronto successfully did before the 2021 season.

Those players who can double or even triple their salaries off one big season, such as receiver Kenny Lawler moving from Winnipeg to Edmonton for $300,000 this week, enjoy the benefits of such market freedom. But the majority say they would prefer a system where players and teams had more of a commitment to one another, and that they didn’t have to live such a year-to-year existence.

While many fans dine out on the rich free agent off-season rumour mill and the subsequent flurry of transactions and news that follows, the No. 1 complaint the league hears from fans is that there’s too much roster turnover from one year to the next.

You can’t have it both ways, at least to this degree.

The ramifications of such high turnover from one season to the next make it hard to grow fan bases when today’s local hero is wearing someone else’s colours the very next season.

Stop and think of the most famous names in Canadian football and most of them have one thing in common – longevity with the same team. You can easily find the jerseys of players such as Ron Lancaster, Lui Passaglia, Pinball Clemons, Gizmo Williams, Milt Stegall, and Anthony Calvillo in the crowds of games today.

High turnover also isn’t good for the product on the field, since continuity is a big part of what leads to success in football. And the product on CFL fields has been a concern of late.

Ideally, the league should refine its system of free agency. But that probably won’t happen.

The CFL fundamentally changed when the league introduced one-year contracts for veteran players under the new CBA signed in 2014.

With that, players, and the Canadian Football League Players' Association,

began to realize the system provided almost no incentive for players to sign deals of more than one year. That’s because CFL contracts are only binding from the player’s end, meaning a player who signs a two-year contract with a team guarantees his services to that team for two seasons without receiving a guarantee of employment.

As one veteran player recently put it: “[It’s] outperform your deal and play for less than your value the next season or underperform and get cut or asked to take a pay cut.”

So, a lot of players decide to put themselves on the year-to-year plan with their teams, since that’s essentially the deal they were on anyway. It was the players’ way of levelling the field to a degree.

There is also a practical economic incentive for both players and teams to do one-year deals.

Players with U.S. residency are taxed on signing bonuses at a substantially lower level, which allows to teams to pay them less while providing the same amount of take home-pay as a player with a higher salary but no signing bonus.

So, teams are often happy to keep players on one-year deals because it allows them to stretch their dollars under the salary cap. (And in instances where players sign two-year deals, they are often asked to re-do the second year, inserting a signing bonus and reducing overall salary.)

And so it goes.

The modern CFLPA is good at identifying issues in the game but remains steadfast against participating in solutions where the teams aren’t making some kind of sacrifice as well. So, the idea of simply bringing back two-year veteran contracts is never going to fly.

The players want some form of guaranteed salaries, which teams are loath to provide since it creates the potential of having to pay out money to players who are no longer of use to the team. The last thing any owner wants after a three-win season in front of lousy crowds is to face buying out a bunch of players who won’t be back.

Both sides recognize the problems in the current system, but that’s where the agreements end.

There is gridlock, which means extravagant free-agent periods are destined to remain the norm, even though one exciting week of the off-season comes at a steep overall cost for the CFL.