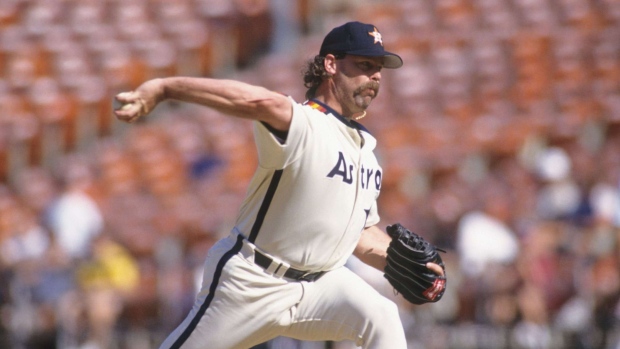 The five-time All-Star closer was 64.

Doug Jones made five All-Star teams and saved 303 games through a combination of resourcefulness and a competitive spirit. He left his mark with seven teams over 16 seasons. The Players Association extends its sympathies to Doug’s family and his many fans and friends in the game.

Former teammate Greg Swindell tweeted earlier on Monday that Jones had died due to complications from COVID-19.

Sad to tweet, that a long time friend, teammate, husband father grandfather and one hell of a pitcher Doug Jones has passed from complications from COVID.
RIP JONSEY. Please keep the family in your prayers. pic.twitter.com/4hoWRjYt0e

A native of Covina, CA, Jones made 846 appearances over 16 big-league seasons from 1982 to 2000 with the Milwaukee Brewers, Cleveland, Houston Astros, Philadelphia Phillies, Baltimore Orioles, Chicago Cubs and Oakland Athletics.

Jones hit the 30-save plateau on five occasions with his best performance coming in the 1990 season with Cleveland when he recorded 43 saves.