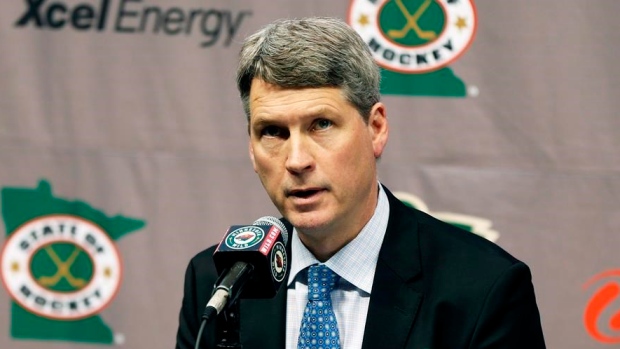 Chuck Fletcher has emerged as the heavy favourite to become the next general manager of the Philadelphia Flyers.

Flyers president Paul Holmgren met with Fletcher on Thursday and TSN Hockey Insider Darren Dreger reports it "sounds like" the job is Fletcher's to lose.

Chuck Fletcher and Paul Holmgren meeting today. Sounds like it’s Fletcher’s job to lose. Goalie and center will be among priority adds for the new GM when named.

Fletcher, 51, is the Devils’ senior advisor to the general manager/hockey operations, a position he was named to in June shortly after being let go by the Minnesota Wild.

He spent nine seasons as general manager of the Wild, constructing a team that reached the playoffs in six consecutive seasons.