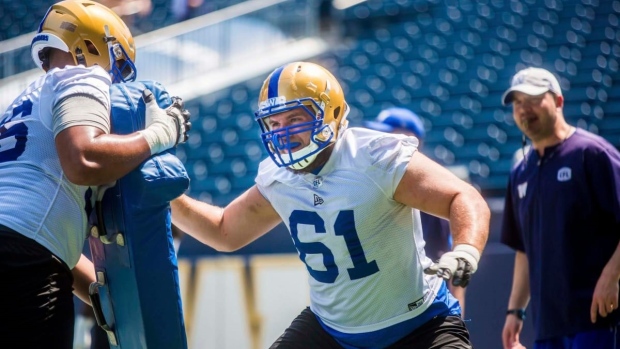 A native of Belle River, Ont., Desjarlais was the fourth overall pick of the 2019 CFL Draft out of Windsor. He was named a CFL West All-Star in his rookie season in 2019 and again this past season, winning the Grey Cup in both years.

Desjarlais appeared in 32 games across two seasons for the Bombers.

On Monday, Walters said that Desjarlais had workouts scheduled with approximately a dozen NFL teams and was expected to sign with one of them.