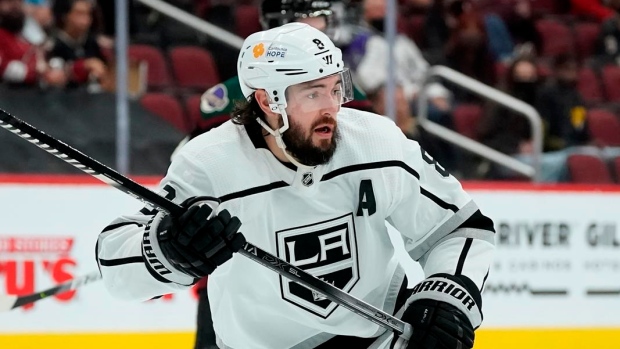 Los Angeles Kings defenceman Drew Doughty had wrist surgery Monday and will be out for the remainder of the season, the team announced.

He is expected to make a full recovery for next season. pic.twitter.com/vNtgSZ1fS9

The Kings say Doughty is expected to make a full recovery and be ready for next season.

Doughty was injured in a game against the Boston Bruins on March 7 and has not played since. Prior to the injury, he had seven goals and 24 assists for 31 points in 39 games.

This season was his 14th with the Kings after being selected No. 2 overall by the club in the 2008 NHL Draft.