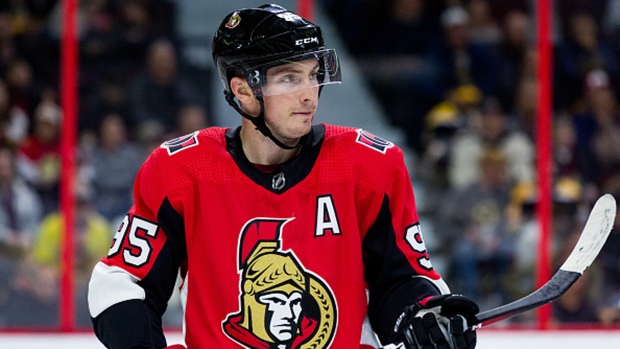 Talks between Matt Duchene’s camp and the Ottawa Senators are expected to continue this week, according to TSN Hockey Insider Darren Dreger.

Talks between Duchene camp and the Sens expected to continue this week. The range for Duchene on 8 yr term is believed to be between $65 and $75 mil. So, either in the 8’s or 9+ aav. Still ballpark discussions.

The range for Duchene on an eight-year term is believed to be between $65-$75 million, which would give him an AAV in the $8 million or $9+ million range.  Though these are still ballpark discussions.

The 28-year-old has appeared in 40 games this season with the Senators and has 20 goals and 26 assists with a minus-2 rating.

He was dealt to the Senators in November of 2017, after spending the first eight seasons, and 14 games of his ninth campaign, with the Colorado Avalanche.

The Avalanche selected Duchene with the third overall pick of the 2009 NHL Draft.

Duchene is currently scheduled to be an unrestricted free agent at the end of the season and is number one on TSN’s Trade Bait board.