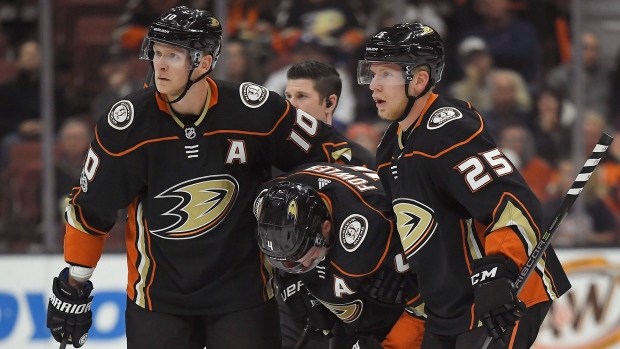 Anaheim Ducks defenceman Cam Fowler will miss the next 4 to 8 weeks with a knee injury suffered last Friday against the Montreal Canadiens.

General manager Bob Murray made the announcement on Friday.

The 25-year-old was hurt when he fell awkwardly into the boards. He needed help to get off the ice and didn't put any weight on his right leg.

Fowler is arguably the Ducks' best defenceman, tallying two points over seven games this season. This is Fowler's eighth season in Anaheim after the team drafted him 12th overall in 2010.

Fellow Ducks defenceman Kevin Bieksa is out indefinitely with a hand injury.