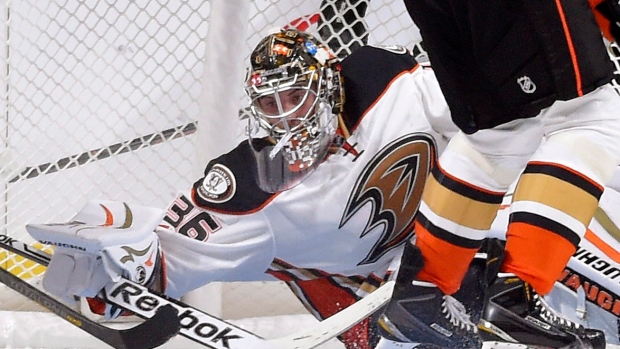 The Anaheim Ducks have placed goaltender John Gibson on injured reserve with a groin injury. The 21-year-old is expected to miss the next six weeks.

The 23-year-old Bobkov was the Ducks' third-round pick in the 2009 NHL Entry Draft. He has yet to appear in an NHL game.

The team also announced that goalie Frederik Andersen is day-to-day with leg tightness.

With the injuries, Jason LaBarbera started in net during the Ducks' 3-2 win on Sunday over the Colorado Avalanche. Goalie coach Dwayne Roloson was forced to dress as the team's back-up.

The Ducks are next in action on Wednesday night when it hosts the New York Islanders.