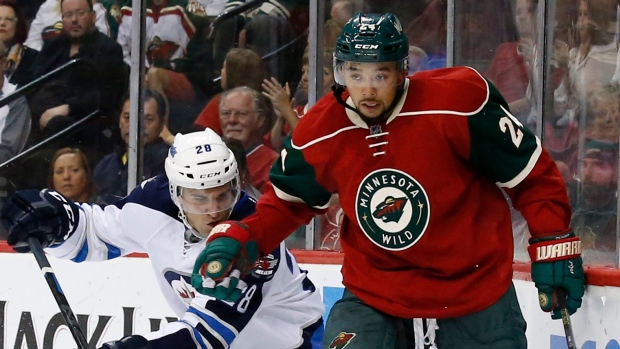 Zach Parise and Nino Niederreiter had a goal and two assists apiece for the Wild, who scored four times in the first period.

Mathieu Perreault had the lone goal for the Jets, at 12:30 of the third period.

Michael Hutchinson allowed six goals on 18 shots through 30:16. Connor Hellebuyck stopped 10-of-12 shots the rest of the way.