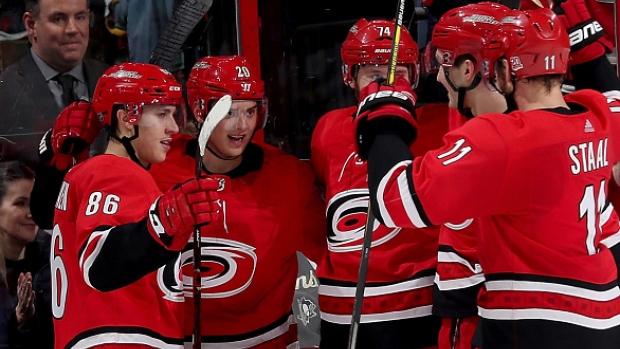 Dallas businessman Tom Dundon finalized a deal to become the majority owner of the Carolina Hurricanes Thursday and said he hasn’t considered moving the club amid low attendance numbers.

“I like the market. It’s not even something I’ve ever thought about,” Dundon told TSN Hockey Insider Pierre LeBrun in The Athletic.

The Hurricanes sit second-last in the NHL in attendance this season, averaging 12,494 per game according to ESPN. Only the New York Islanders (12,041) are lower.

“As a matter of fact, what we’re focused on is improving the fan experience which means adding amenities to the building and also extending the lease. So, I’d say that’s the priority. I literally have not spent one moment thinking about any sort of move. It would be almost impossible to conceive of that happening,” Dundon said.

The lease of PNC Arena in Raleigh, North Carolina, expires following the 2023-24 season.

“I want this building improved and the fan experience improved immediately. So that comes with a lease extension which I intend to sign.”

Any team’s purchase agreement mandates that the team stays in the current market for a minimum of seven years.

Dundon’s 61 per cent share gives him the controlling interest in the Hurricanes, which he acquired Thursday from former owner Peter Karmanos, who bought the team in 1994 when they were the Hartford Whalers. After a successful first decade in Raleigh culminating in a Stanley Cup win in 2006, the club has missed the playoffs the last eight seasons.

Despite recent struggles, Dundon is optimistic about the future of his new club.

“They’re some good players. We’re competitive. We’re probably early in whatever that window is, I guess everybody wants to say their window should be permanent, but I’m fortunate to come in on the hockey side with something that’s able to compete now and hopefully incremental improvements from here,” Dundon told LeBrun.

Coming into play Thursday, the Hurricanes sit second-last in the Metropolitan Division at 19-15-8.